Five Musical Legends That We Refuse To Lose In 2017 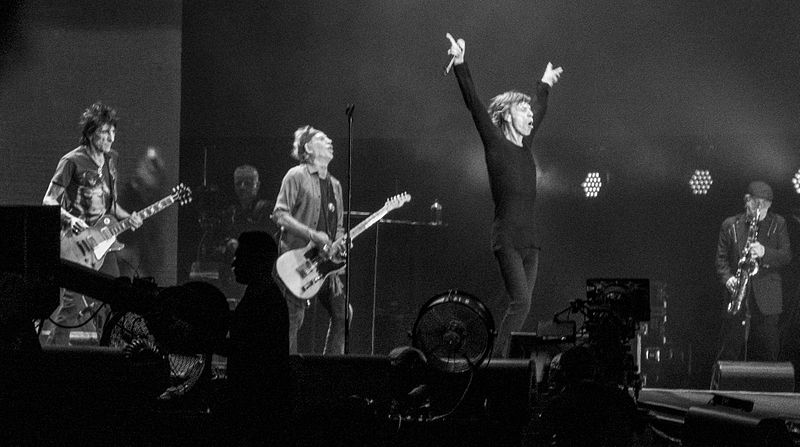 As we all know, 2016 has been a dire year for losing musical legends. David Bowie, Leonard Cohen and Prince were three of the world’s greatest musical visionaries and artists, and their deaths have created a huge gap in our musical landscape. Here are five legendary artists that we absolutely refuse to lose in 2017. Best known for songs like Blowin’ In The Wind and Like A Rolling Stone, Minnesota native Bob Dylan is an absolutely legendary singer and songwriter who became the voice of social change and anti-war protest in the twentieth century. He’s still touring, and won the Nobel Prize for Literature in 2016, although characteristically didn’t show up to collect the award himself. His music captured the voice of a generation and to this very day he continues to be one of the most poetic and fascinating songwriters in the world. Madonna gets a lot of unfair criticism these days, which makes it easy for people to forget just how much she’s achieved. After smashing into the music scene with Like A Virgin in 1984, Madonna became the image of the 1980s and has managed to move with the times and the current sounds since then to remain an interesting and compelling artist. Arguably the most influential female singer of all time, Madonna has made huge contributions to music, fashion and feminism, and changed the world of pop music forever. As one quarter of the Beatles, Sir Paul McCartney changed the world and became the face of twentieth-century pop music, and his popularity is still as evident as it always was, as he continues to tour and release new music. He’s sold over 100 million singles and 100 million albums as a member of the Beatles, as a member of Wings and as a solo artist, and wrote the famous Beatles songs Hey Jude, Blackbird and Yesterday. One of the world’s most treasured and beloved artists, McCartney was part of the rock and roll revolution of the 1960s and continues it to this day.

Like McCartney, the Rolling Stones are still touring – and still going strong. Formed in London in 1962, the current line up consists of Mick Jagger, Ronnie Wood, Keith Richards and Charlie Watts, who have all made it through some hard partying years to remain at the heart of the rock and roll industry. Known for songs like (I Can’t Get No) Satisfaction, Angie and Sympathy For The Devil, the Stones have included genres ranging from reggae, folk, and rhythm and blues into their music, and were inducted into the Rock and Roll Hall Of Fame in 1989. Franklin is in possession of one of the most incredible voices ever to grace the music industry. She’s best known for songs including, Respect, Say A Little Prayer and (You Make Me Feel Like) A Natural Woman, and sang at President Obama’s inauguration in 2009. Franklin’s one of the most honoured musicians in Grammy history and has combined gospel, blues and soul with her incredibly powerful voice over the years to spellbinding effect.