Filming On Your Smartphone: Is It Possible To Achieve High Quality Footage? 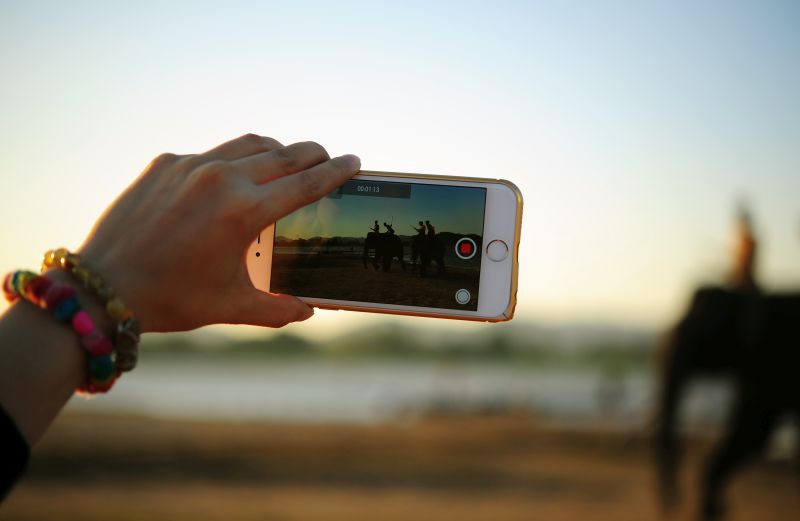 Since the reign of those basic Nokia phones ended in the late 90s and early naughties, cellular phones have come a long way, so far in fact that today they’re known as ‘smartphones’. In 2017, there’s pretty much nothing that smartphones cannot do, from aiding household budgeting to taking photographs.

However, just because smartphones can do pretty much everything, such as filming video footage, for instance, does that mean that they should start replacing other pieces of tech? Take filming video footage as an example, is it possible to achieve high-quality footage on your smartphone? Or, is it better to invest in a specialist piece of kit that’s made purely for filming?

Want to know whether it’s possible to achieve high-quality video footage on your smartphone? Then keep reading – all is about to be revealed.

The right apps are crucial

Yes, the camera app on your phone may be capable of capturing video footage, but that doesn’t mean that it offers quality footage. To capture high-quality footage on your smartphone, the right apps are crucial. Some apps are incredible when it comes to filming quality footage, and can vastly improve your smartphone camera, allowing you to capture higher quality footage. For instance, take apps like Iris live video, these types of apps allow you to capture live video, edit it, and share it on whatever platform you want to broadcast it on. Because these types of apps are made for capturing video footage, they have technology that improves video quality.

Lots of light is needed To capture good quality footage with a smartphone, it’s crucial that there is plenty of natural light. You see, if you were using a specialist camera, you would probably invest in lighting that can be used with it to improve the quality of your images. However, very few people invest in specialist lighting for their phones, despite the fact that it is available. Ring lights, for example, can be incredibly beneficial when filming footage, because they provide equal amounts of light.

Obviously, although the visual part of capturing footage is important, the audio is also crucial. Unless you plan on muting all natural noise and adding an audio track over the top of your footage, you need to ensure that you are able to effectively capture any necessary audio sounds, blocking out background noise. The built-in microphone in most smartphones is of a low quality and is also badly placed. However, the good news is that you can invest in a clip on microphone to use with your smartphone, making it much easier to capture audio to go with your video footage. Most video cameras come with camera stands, whereas smartphones do no. The issue with this is that if you film footage via your smartphone, this means that it may be somewhat shaky, impacting the quality of the footage. However, there are smartphone stabilisers that you could invest in to ensure that your smartphone stay steady while filming.

So there you have it, a guide to whether filming on your smartphone can allow you to achieve quality video footage.