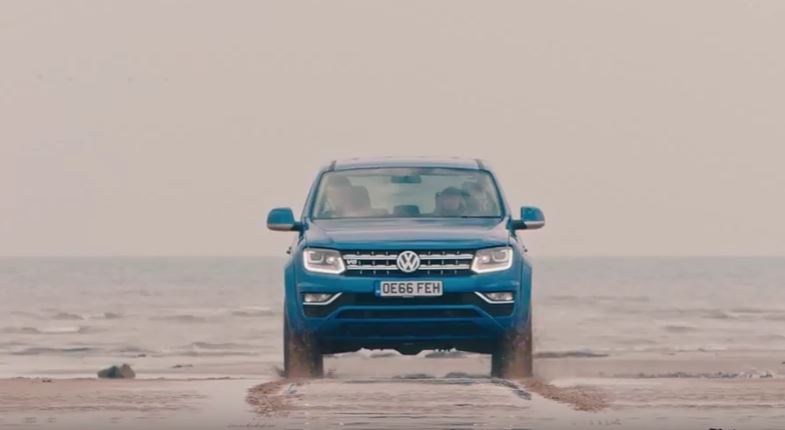 Volkswagen Commercial Vehicles have pushed to make their mark on the mid-size pickup truck market since they first launched the Amarok back in 2010. Fast-forward seven years, and the team have recently announced the release of a new and improved Amarok, designed specifically to counteract some of the struggles posed by modern living.

Featuring an 8-speed automatic gearbox and a comfortable 40:60 weight distribution, the new and improved Amarok is even easier to control than its predecessors. There’s a powerful V6 cylinder engine that makes light work of rough terrain, while permanent 4MOTION all-wheel drive allows the driver to enjoy precise navigation no matter where in the world they may be. To celebrate the launch of the new model, Volkswagen Commercial Vehicles recently issued the Trailblazers Challenge. The accompanying video sees two teams of off-road enthusiasts go against each other in the Lake District, putting the vehicle through its paces on a wide range of different terrains.

The challenge itself is taken light-heartedly, but actually does plenty to show off what the Amarok can do. Initially showing the vehicle tackle some rugged rocky hills and thoroughfares in the English countryside, the video goes on to show the capabilities of the cargo box itself. It’s impressively spacious, and although the video has the teams hoisting wood and hay bales, it’s been shown elsewhere that the Amarok can accommodate the full width of a Euro-standard loading pallet. The Trailblazers Challenge also demonstrates the truck’s speed and precision, ending with the two teams cutting a VW emblem into the sand of a damp beach. Additional features such as the Composition Media radio and 16.5cm touch screen are sure to make it a hit with all the family, but there’s no denying that the new Amarok is first and foremost a force to be reckoned with during off-road pursuits.