By @comeintoland IN CULTURE TECHNOLOGY 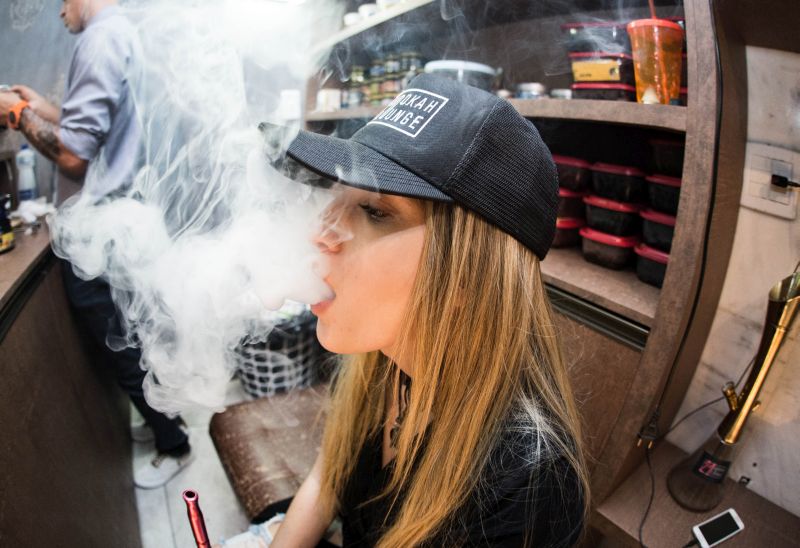 Of all of the revelations of the 21st century, no one would have predicted that cigarettes would lose out to e-cigarettes. In recent years vaping has become the go-to fashion accessory to complete the counter-cultural look. In fact, vapes have become so popular that e-cigarette sales went from £360 million in 2009 all the way to £6.1 billion in 2015. As more and more people have flocked to vaping stores around the world, vaping has become the new smoking.

Today, thousands upon thousands are taking up e-cigarettes as an alternative fashion symbol and reinventing the classic cigarette look for modern times. Gone are the days of the James Bond-esque debonair of tobacco smokers, and in are the days of rejecting the mainstream in pursuit of new flavours.  In the fashion world, vaping has become another way to express individuality and rebuke tradition. In 2016, designer Richard Chai gave front-row New York Fashion Week attendees their own Pax vaporizer.

One of the causes of this sudden rise in popularity is because knowledge over the adverse effects of long-term smoking has given traditional smoking a massive PR problem. The public is fully aware that cigarettes cause cancer, and this understanding has overshadowed its position as a fashion symbol. Smoking isn’t cool anymore because cancer isn’t cool. As a result of smoking’s fall from grace, the public has been much more receptive to alternative options like Vapes. Researchers from the University College London have recorded that around 18,000 people quit smoking as a result of taking up vaping.

The drive behind the change is that vapers can enjoy all the perks of smoking such as camaraderie, the act of vaping itself, and learning about the hobby without worrying about the health effects. The understated, yet mechanically brilliant innovation of modern vapes has made them a force to be reckoned with. The level of customisation inherent in modern vape products, and the variety of e-liquid flavours available has turned them into a connoisseur’s dream. As more learn about vaping, e-cigarettes have become not only a statement of style, but taste as well.

Ever since the widespread development of vaping shops, e-cigarette enthusiasts have had a place to congregate and come together, and have formed an entrenched community. Lounges, shops and forums have enabled liked-minded vapers to come together and bond over the hobby. They can discuss modding their e-cigarettes with better coils and atomizers whilst unwinding from work. Today, it’s easy for someone interested in vaping to go down to a store, or lounge to become involved with the community and learn more. Vapers are drawn as much by the depth of the hobby as its social reputation.

Vaping has become a fashion symbol and recognition of an acquired taste. E-cigarette owners position themselves as open minded and culturally aware enthusiasts with sophisticated tastes. It’s interesting how smoking has been replaced by vaping as a fashion symbol, but it is no accident. The allure of smoke filled rooms has been supplanted by the allure of new flavours. The representation of the vaping community has certainly been helped by health organizations like the NHS embracing vaping as a healthier alternative to smoking, but that has not been the sole reason for vaping’s success.