How VR is changing the Consumer Technology Landscape and Our Homes 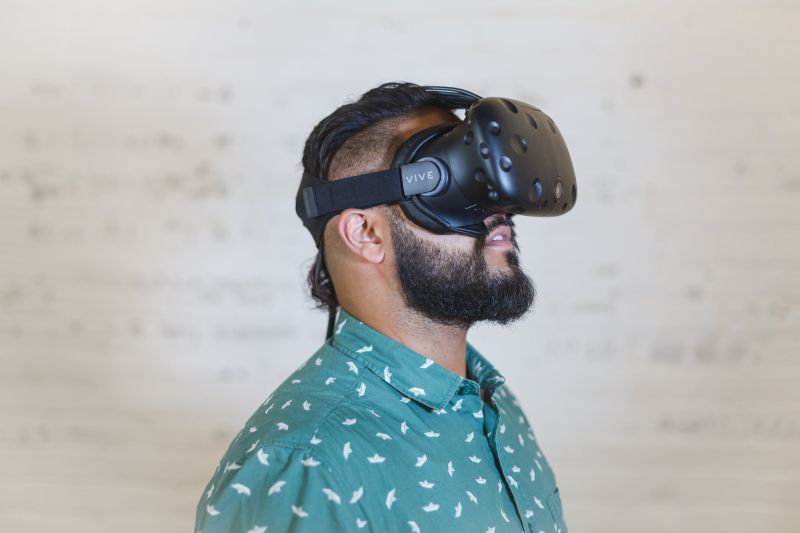 As traditional highstreets struggle, online retail is booming. People are increasingly comfortable making large purchases online, but the big obstacle to retailers remains: how can you try a product online if you can’t see it or touch it. Now, though, all that is changing thanks to virtual reality.

The rise of virtual reality

Back in the 90s VR briefly flourished before fizzling out – its only lasting legacy, the films Tron and Lawnmower Man. Now, though, it’s on its way back. Headsets such as Oculus Rift and Playstation VR are among the most highly sought-after items for gamers, but for businesses, it’s a new generation of free to download apps which really hold the key. They are creating new ways for businesses to reach consumers in their own homes.

The future for online retail is bright. Online-only brands such as Boohoo saw sales increase by nearly 40% in the four months leading up to Christmas. As the technology becomes familiar and confidence in security grows, people are also much more comfortable making big ticket purchases on items such as furniture, cars and even fine art. Until now, though, they have always faced one problem. Will you, as a customer, pay a considerable sum, if you can’t try before you buy?

A survey last year shows that customers will do online research but still prefer to make their big purchases in store. However, virtual reality apps could change all that by allowing people to try before they buy – without leaving their home. The Gallery Rouge Visualiser app, for example, is an innovative approach which allows potential customers to view their high price artwork in their own home before you buy. Using the app, you get a 3D image of an artwork and see how it would look in a room. Customers can view it from any angle, swap it with another piece and check it will fit. It’s almost as good as being able to hang it in place yourself.

“There is a growing comfort in buying more valuable objects online. Our aim is to help people buy with confidence and helping someone visualize the artwork on their walls in real time and real size is a massive plus.” Says Kuldip Chohan, Managing Director of Gallery Rouge. “Nothing beats seeing artwork in the flesh. What Visualiser does is allow individuals who may not be close to the gallery stocking the piece to ‘try before they buy’. We’re reducing the risk of getting it wrong, and the resulting buyer remorse. If you spend £1,000 on a piece of artwork, you want to make sure it works in your space.”

Apps like this represent the future. The VR market is expected to grow twentyfold by 2020. Major brands have been rushing to develop their own. BMW wowed the crowds at a presentation in Munich with their AR app, developed with Google which allows you to see how a car might look in your drive, move around it and even get in and try the controls. The experience was so realistic that some people were even ducking down as if they were really getting into a car.

Ikea, meanwhile, recently partnered up with Apple to launch a major new app. Coming in the autumn of 2017 Ikea’s ARKit allows you to take a product from Ikea’s catalogue and see how it would look in your home. It’s so revolutionary that Michael Valdsgaard, Leader of Digital Transformation at Inter Ikea, told Di Digital that it could become the “biggest AR platform in the world overnight.”

He has every reason to be optimistic. Like other VR apps, ARKit breaks down existing barriers to making a purchase. It transports a retailer right into the home of customers. You can take a car and place it in your drive, or sit on your couch while you see how a new one might look across the room. It’s exciting and is enough, in itself, to create plenty of publicity, but the chances are this is the tip of the iceberg. The technology is new, awareness is growing and development is fast. Early movers are securing an advantage, but as platforms become more sophisticated, the customer experience will improve in new and surprising ways.

What does this mean for traditional bricks and mortar stores? Valdsgaard believes Ikea’s app will compliment rather than replace them and others, but others see VR removing one of the big reasons to go to a physical store. Time will tell what happens.

One thing’s for sure, the technology can be transformative. It’s relatively inexpensive, easy to implement and can potentially create entirely new revenue streams. With brands competing to create their own apps, it represents the next big transformation for the world of retail.