The Golden Ticket To A Fashionable Lifestyle 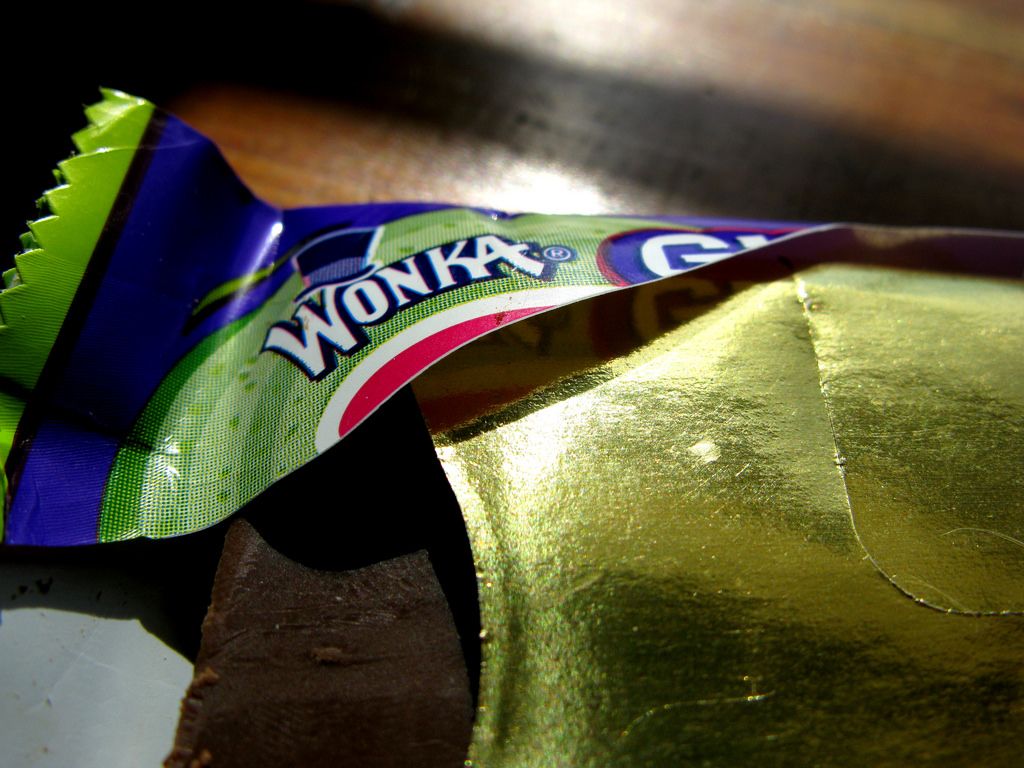 Grandpa Joe and Charlie were over the moon when they found their golden ticket to visit Willy Wonka’s chocolate factory. While we’re still waiting for such an idyllic factory — who doesn’t want to try a bubble gum that tastes of all the courses of a delicious meal? —, it doesn’t mean that there’s no golden ticket around. In fact, gold is what modern lifestyle is about: A sleek, functional and aesthetic touch of gold in every aspect of your lifestyle. It may not get you a chocolate factory, but it can certainly give you a trendy edge. Let’s not forget that gold is the new black. However, it has changed dramatically since its last formal apparition in the 1980s. Gold doesn’t look tacky anymore, and more importantly, it has gained the hint of subtlety that it lacked in the past. Let the gold fun begin and discover the many areas where you can add a touch of gold to your lifestyle.

Bring gold to my modern gadgets

The last few years have seen the apparition of a new color palette for everybody’s favorite device, the smartphone. Indeed, a pale gold shine has taken over the iPhone and the Samsung phones in 2013. The two brands continue to argue about who’s brought the first gold edition to the market, and with their release dates being the 8th and 10th September 2013, we can safely call it a draw for everyone. What gold smartphones brought into modern lifestyles was the combination of aesthetic with the latest digital accessories and apps. After all, what’s the point of a gold iPhone if you can’t connect it to your Apple Watch? In other words, the look is one thing, but the function is another. Thankfully, the two smartphone giants have worked hard on their gold edition models to offer high-tech digital functions and a refined appearance. In fact, if you’re into the golden trend, you can even find a real gold-plated iPhone 6 that offers all the latest features of its model. It comes at a price of $7,300 and displays a diamond-encrusted Apple logo at the back. It’s what you’d call luxury electronics, but if you’d rather give an engagement phone than a ring, that’s the thing you’d want to buy.

Gold jewelry for the modern man

Gold jewelry is not new. Women have been wearing it for centuries and continue to create playful, seductive or dramatic looks with it. For men, though, the use of gold jewelry is a different kettle of fish. Since the 20th Century, there have been a lot of barriers and taboos about men wearing jewelry. The reason for it is unknown. But it’s surprising to hear that a lot of men feel ashamed at the idea of wearing jewelry. In the previous centuries, jewelry was heavily worn by wealthy men and women and used as a symbol of their status and their loyalty to clans, royalty or a cause — as most items of jewelry were engraved. Beyond a watch and their wedding ring, some men continue to struggle to wear bracelet or men’s gold chains as they are unsure how to wear these and how to define their style. Let’s get things clear from the start. There is no social statement about wearing jewelry. Your style and how comfortable you feel wearing gold and silver items will define how people perceive you. Additionally, it takes a little know-how when you choose the style that suits you. For a start, men’s jewelry is designed to complement the outfit, not to be the centerpiece — which is different to a women’s evening jewelry, for instance. Men who wear necklaces well are not noticeable for their jewelry: The necklace is a natural part of their fashion style. In other words, it’s a matter of picking the right accent for your style, instead of using your outfit to accompany the jewelry piece. In essence, while gold jewelry is still a fashionable thing for the modern generation, it has now evolved to become a stylish accent more than everyday wear. Ah, the golden era of cars! If you love cars, you can’t ignore the extraordinary appeal of classic cars from the 1930s, 1940s, 1950s, and 1960s. When it comes to styling and engineering, the Golden Era of cars is defined as the 1950s and 1960s, but every car lover will tell you that it’s difficult to ignore the beauty of older cars or the flashing class of the disco period. For collectors, nothing can beat Ferraris of the Golden Era, from the beautiful interior design to the powerful engine under the boot. Ferraris of that period were a happy mixture of recklessness and classic elegance; and while modern Ferraris still make your eyes twinkle with excitement, they’re not quite the same. The main problem, though, if you’re keen on old cars is that they literally cost an arm and a leg. Classic racing cars from the Golden Era can cost several million. But you can still keep a classic touch with another kind of vintage car for a lot less money. How about finding a Golden Era Cadillac or a classic VW Super Beetle for less than $5,000? If you don’t need to commute much, reviving the Golden Era of cars on the road is the best way to spice up your style and surely make a few new friends!

A golden ticket in your salad?

Edible gold is not exactly new; it’s been around for decades. But it’s only taken up as a trend for the past few years. Indeed, the trend of golden leaves sold in sheets or flakes or powder has grown dramatically since the trendy appeal of cakes and other handmade confections has taken the market by surprise. The Indian and Asian cuisine have been using gold in vast quantities in their sweet luxury desserts, and finally, the rest of the world is joining the gold eating family! Gold has no known health benefit, but thankfully it presents also no health risk as long as you’re consuming pure gold and not a fake alternative. Gold is not digested or absorbed by the body. In short, what you eat will come out the other way when you go to the bathroom. What’s the point of putting gold in your food or drink then? If you were to listen to the US rapper Tyga, gold is just another way of making your food/drink look more expensive. In reality, most people use golden leaves for special occasions, from an anniversary cake to Valentine’s drink. It’s our way of telling someone they’re precious.

Last, but not least, you can turn your dull bedroom into a luxury mansion master bedroom with nothing but a little bit of clever painting and decorating tips. The black and gold decor is a luxury trend that can make every room look like a million dollar. For best effects, you need to add a neutral color to the palette — something like white, pale gray, or even blush pink — that will brighten up the decor and highlight the gold accents. The combination of black and gold works best in large rooms with plenty of natural sunlight. Otherwise, it may end up looking dark and gloomy.

There is more than one way to spice up your lifestyle with a hint of gold, from picking trendy tech gadget to drinking a glass of champagne with golden flakes. One last piece of advice, though, gold works best as a sporadic accent. Less is more, especially if you want to invest in quality gold trends.