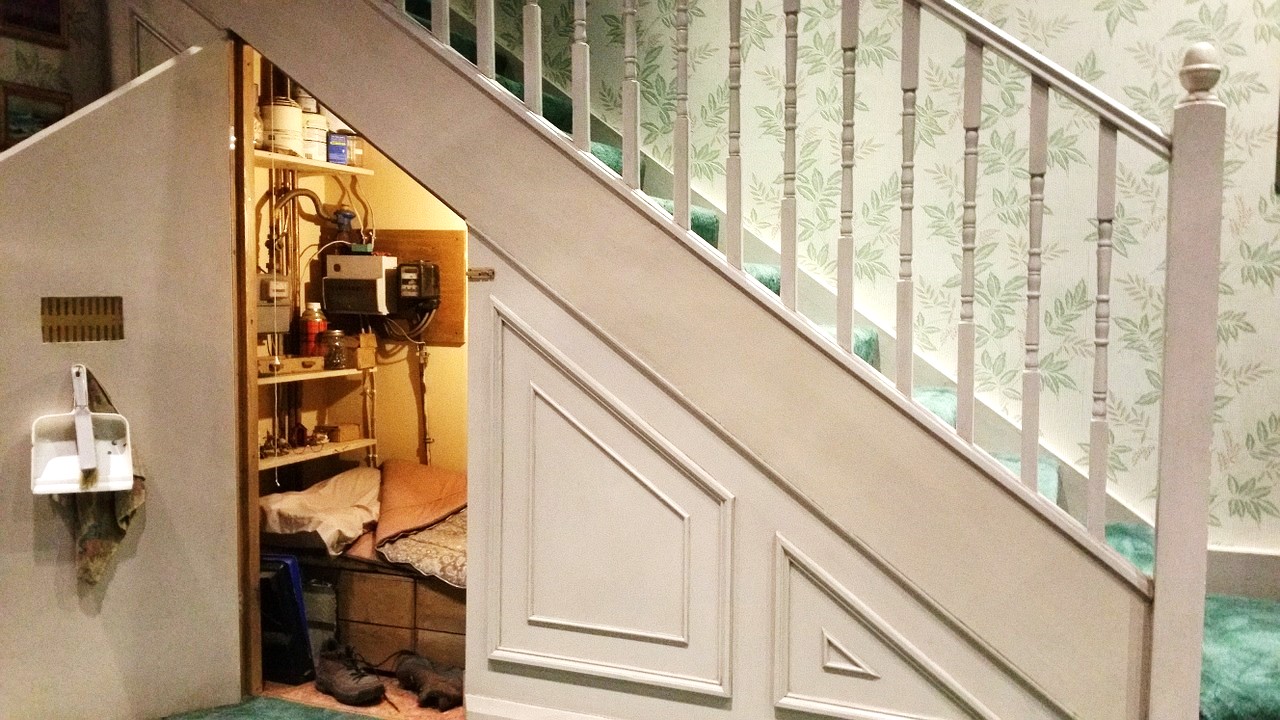 As if the Harry Potter film series couldn’t get more magical, we’re about to take things to a whole new level with behind-the-scenes facts and a who’s who of this iconic universe. By the end, you’ll want to watch the films all over again.

In Harry Potter and the Philosopher’s Stone, thousands of letters are needed to let Harry know he’s been accepted to Hogwarts – and each of those letters were actually handwritten by the crew. Twice, to be exact. The first time around, the letters were too heavy for the owls to carry, so an entire remake was in order.

Harry, Ron and Hermione’s reactions to the Great Hall were authentic

That shock and awe the famous trio displayed when first seeing Hogwarts’ iconic Great Hall was totally real, as they’d never seen it in all its glory. Their first experience was in the filming of the Sorting Hat scene.

There are quite a few familial relations in the cast

Bill Weasley is played by Domhnall Gleeson, son of Brendan Gleeson, who plays Mad Eye Moody. Similarly, Hero Fiennes-Tiffin, who plays a young Tom Riddle, is the nephew of Voldemort himself, played by Ralph Fiennes. The kicker of them all is that J.K. Rowling was offered the role of Harry’s mother, but she politely declined. The food in the Great Hall was edible…

… at least in the beginning. Under the hot production lighting, the food started to smell, so the crew adopted the technique of freezing food and creating moulds for future feasts.

Everyone in the cast is actually British

The request was made by J.K. Rowling herself that everyone in the Harry Potter cast be British. The only exception was Verne Troyer, who played Griphook, but his American accent was dubbed over post-production.

The kittens in Dolores Umbridge’s office were real

More than 40 kittens were brought in for the filming of shots featuring Dolores Umbridge’s sickeningly pink office. Each of the kittens were eventually adopted to loving homes. Exterior shots of Hogwarts were based on an elaborate model

Because there unfortunately isn’t a real Hogwarts, a 1:24 model was created. It took seven months and 40 artists to create the intricately detailed model, which is now on display among the Making of Harry Potter exhibits at Warner Bros’ Studios in London.

The portraits in the staircase were of crew members

The hundreds of portraits lining the staircase in Hogwarts are actually pictures of the films’ crew members and their families. Director Christopher Columbus didn’t want to be featured as a portrait, so the art department made him a souvenir painting instead. The set for Privet Drive is an actual street

Privet Drive where the Dursleys live might not be real, but the street used to film its scenes is. If only the same could be said about the Gryffindor Common Room. In the end, the crew didn’t have access to the street for re-shoots, so mock-ups of the houses needed to be made.

No detail was spared

In true Harry Potter flourish, there were 20,000 handmade packages and products made for the window displays in Diagon Alley, more than 1,000 bottles for Snape’s Potion Room and more than 70 names on the Black family tree tapestry. There’s a reason the Harry Potter universe feels so real.

The Harry Potter universe is so elaborate, we’ll be learning behind-the-scenes titbits for years to come. What’s your favourite little-known fact about the world’s most-loved wizard?