Denim trends — past, present and future 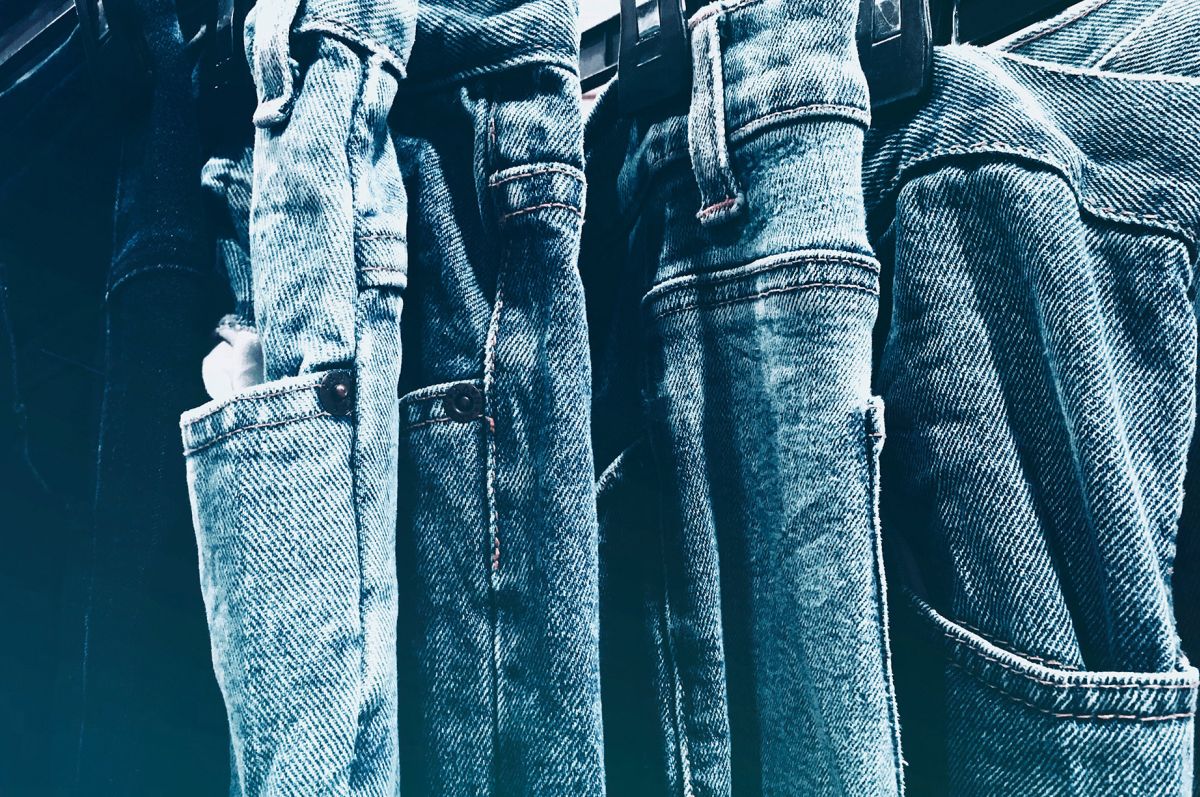 From bell bottoms in the 1960s to extreme ripped jeans in 2018, denim has certainly been through a lot since the release of the blue jean 145 years ago. So, which were the trends that really took off? Trilogy Stores, retailers of women’s straight cut jeans, look into what we can expect from denim in the future.

A step back in time

The blue jean was originally designed as durable workwear for labourers in America back in 1873. But how did denim trends change through the decades?

It wasn’t until the 1950s when denim jeans exploded onto the fashion scene — seen as a rebellious statement. In the 1950s, the straight-legged jean was predominantly worn by males; actors and singers were the ones leading the rugged-look trend.

In the 1960s, when peace and love prevailed, the denim jean entered its hippie phase. Women were now embracing the versatile trouser — it was all about casual styles, bell bottom flares and low-rise fits. The relaxed fit represented the culture at the time and jeans became a staple wardrobe item for everyone.

Denim jackets came onto the scene in this era, and double denim was more than acceptable. Stone washes and bright embroidery were also popular around this time — encouraging DIY denim and personalisation of jean pockets and jackets.

With sales of denim jackets and jeans soaring, there was no stopping designers of the material. Denim skirts and vest tops became big in the 1970s with the celebrities endorsing the style, too.

Up until this point, denim jeans weren’t very fitted — or feminine, for that matter. In 1980, interest in designer denim started to increase and premium brands began to emerge. Leg cuts became skinnier and more fitted, creating a feminine silhouette and a more tailored look for females. It was also around the 1980s when ripped jeans came into fashion and acid wash became popular — a trend that’s toned down since then.

Denim trends were still emerging in the 1990s too. The rise of hip hop encouraged men and women to wear baggy jeans, often revealing their underwear beneath. Thankfully, this trend didn’t stay mainstream for long but denim overalls and ‘shortalls’ have remained at the forefront of fashion, even today.

The early 2000s paved the way for ultra low-rise jeans, when showing off your midriff was a fashion must-do. Flared trousers also made a comeback, accompanied by a subtler version with the bootcut. Innovations, such as denim stretch technology, meant that skinny jeans were now skinnier than ever and sales from premium brands such as Citizens of Humanity soared.

From then until now, skinny jeans have been most popular — available in a range of washes and fits, they can be dressed up or down for men and women.

Fast-forward to the present day, what’s big this season?

When it comes to cuts and fits, it’s all about denim culottes and cropped legs. Paired with classic summer sandals and a cross-body bag, this look is all about smart casual with a hint of flare inspired by the 1960s.

The hems of jeans are also receiving some attention, it’s these small details that really stand out. Split hems have been popular, adding an edge to a traditional skinny jean. We’ve also seen some lace embroidered hems that add a girly twist to the classic jean.

Of course, denim jackets never go out of fashion either. They’re classic yet contemporary and complement the ‘layering’ trend of recent seasons. Pair with casual culottes and a printed tee, or a floaty summery dress for a stylish summer look.

For the male fashionistas among us, it’s all about straight legs and turn up hems. Styled with on-trend checked patterns, it’s a contemporary twist on a classic look.

What can we expect from the future when it comes to denim trends?

There are constant developments to improve the wear and tear of denim. This could encourage even longer-lasting denim and therefore one type of jean being fashionable across more than one era. There is also a focus on sustainable denim, as manufacturers try to use recyclable materials and create new blends and standalone fibres.

When it comes to fashion styles, they’re hard to predict. But, we’ve seen the revival of the 1960s and the 1980s this season through a range of trends, so who knows what next season holds. Could it be the return of rhinestone pockets and bell bottom flares?