Top 6 Songs to Play on a 12-String Acoustic Guitar 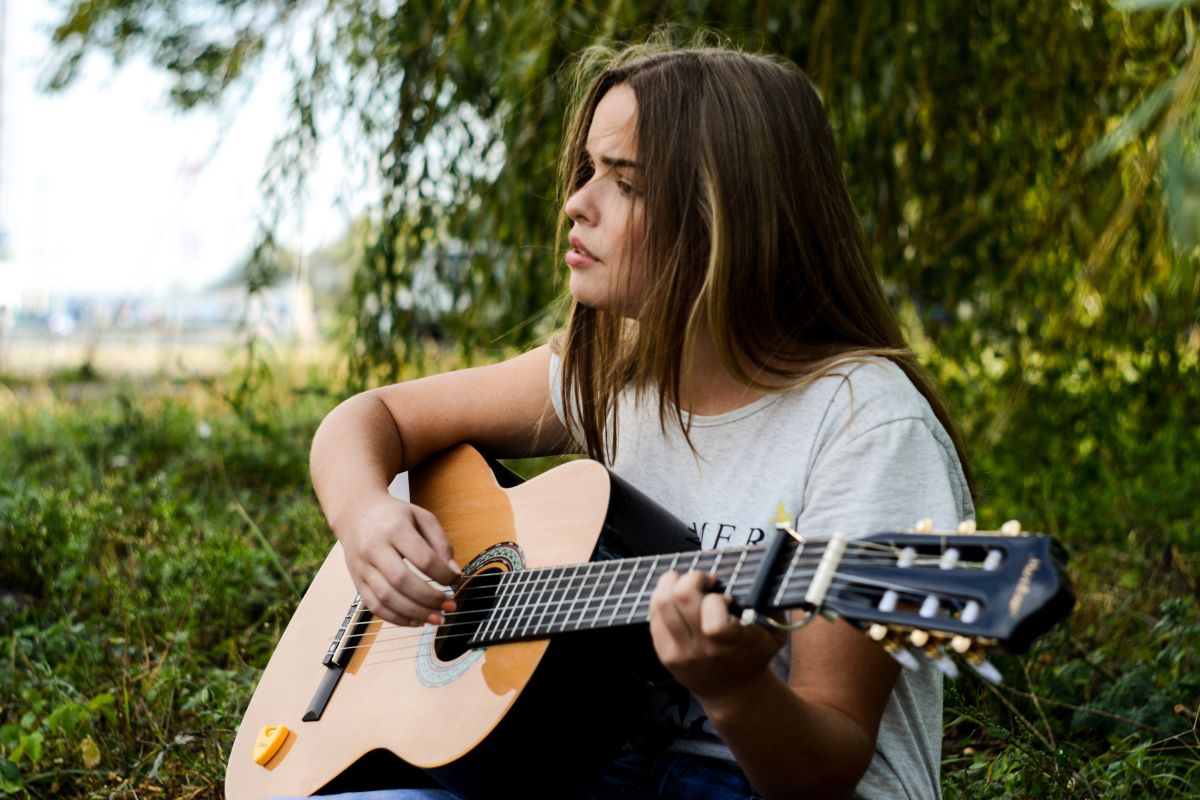 Fancy playing a 12-string guitar, but don’t know which songs to try out? You’re in luck, because we’ve got a list of the best songs you can play on a 12-string acoustic. A quick note, these songs are all played by the original artists on an acoustic, so as much as we love The Beatles’ “A Hard Day’s Night,” we’re not including it here, along with other songs recorded on a 12-string electric guitar. That’s definitely another list for another time – for now, we’re here to appreciate the beauty of the natural acoustic tone.

Are you ready? Here’s a selection of 12-string acoustic songs to try out yourself!

David Bowie’s 1969 ballad of Major Tom is a haunting tune made more memorable with the use of a 12-string acoustic guitar, which Bowie himself played. “Space Oddity” became such a hit that it was reissued in 1972 and Bowie’s self-titled album it appeared on was renamed after it.

From the 1975 Queen album A Night at the Opera is Brian May’s interestingly titled composition, “‘39.” May, who studied astrophysics, describes the song as a “sci-fi folk song.” It tackles time dilation – a group of astronauts go on a journey in space and return a year later, only to find that back at home they’ve been gone for a century. If you’ve seen the movie Interstellar, you get the idea. May sings lead vocals and plays a 12-string acoustic on the track, a fun little folksy ditty you can definitely try playing yourself.

Another Queen song to play on a 12-string guitar is the acoustic version of “Love Of My Life,” penned by Freddie Mercury but adapted by May for live performances, to which audience members sing along to.

Give a Little Bit, Supertramp

Supertramp gave a lot when they gave the world this masterpiece of a pop song in the late ‘70s. Composed by Roger Hodgson, “Give a Little Bit” is done in the key of D, considered by many as the magic key to 12-string guitar heaven.

Way before emo music came along, there were rock ballads – gut-wrenching songs that show that yes, rockstars do feel, and they feel a lot. Bon Jovi’s “Wanted Dead or Alive” from the 1986 album Slippery When Wet is a prime example of a rock ballad. Its riff will stick to our brains forever, thanks to the creative genius of Jon Bon Jovi and Richie Sambora. Just listen to those descending Dm arpeggios Sambora plays on the 12-string neck of his double-neck guitar. Yesss.

If you’re a Jimi Hendrix fan, you have got to learn to sing and play the acoustic version of the bluesy classic “Hear My Train a-Comin'” – it will make you appreciate his music and the pure tone of a 12-string acoustic guitar even more.

“Hotel California” is without a doubt one of, if not the best song to play on a 12-string acoustic – it’s like the guitar was actually made for that song and vice versa. Song and guitar are paired perfectly, especially when you hear that intro riff that Don Felder plays on the 12-string guitar. The song is an acoustic guitar staple, no matter how many strings you have. It’s best played on a 12-string, of course.

Those are our top picks for the best 12-string acoustic guitar songs ever created. What other songs would you add to the list? Let us know!